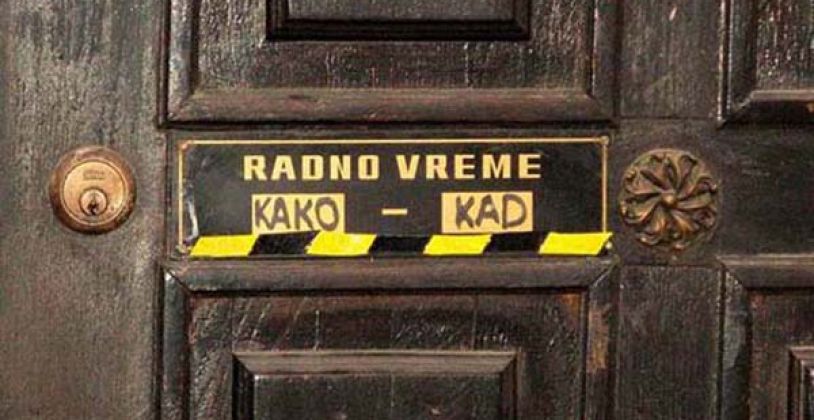 The area of ZMUC on the Zemun quay (Njegoševa 53) was recognizable as a small place with a large audience.

During ten years of work in the area on the Zemun quay, events, programs and events of an incomprehensible concept were organized. From exhibitions, concerts and programs, Artists Cook on Mondays, through the Festival of Meaningless Skills, a summer competition program held in the fall, to social support for artists and organizations through auctions and the Exchange of Clothes at the initiative of TKV.

With the donation conference, we helped illegal confectioners to go to Shanghai, but also Ivan Tobić to escape prison. The concerts were moderated by Goran Orge Nikolić, and the films were released by Miloš Stefanović. A bunch of literary and satirical evenings, Marina Ilić’s fashion show of pre-election posters – all that since 2005, when the Radicals ruled the whole of Zemun and now only Serbia.